You’re planning a trip to Los Angeles and you are looking for the perfect stay as you love staying at boutique hotels?
niood lists the 12 Best Boutique Hotels in Los Angeles, California:

Petit Ermitage is a beautifully bespoke hotel that specializes in creating an environment that feels more like an artist and performers residency than a stuffy boutique hotel… The corridors are dark and higgledy-piggledy, and lined with an eclectic collection of art. 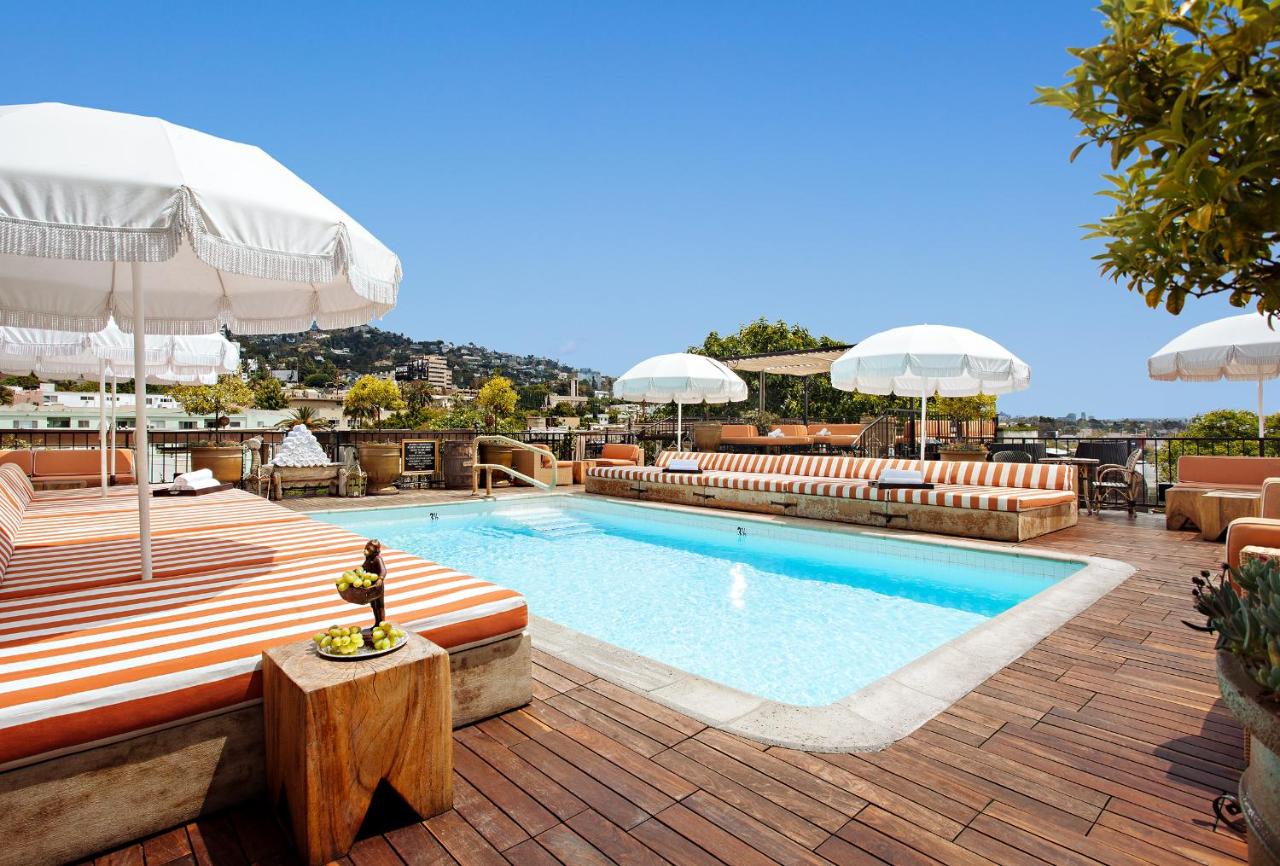 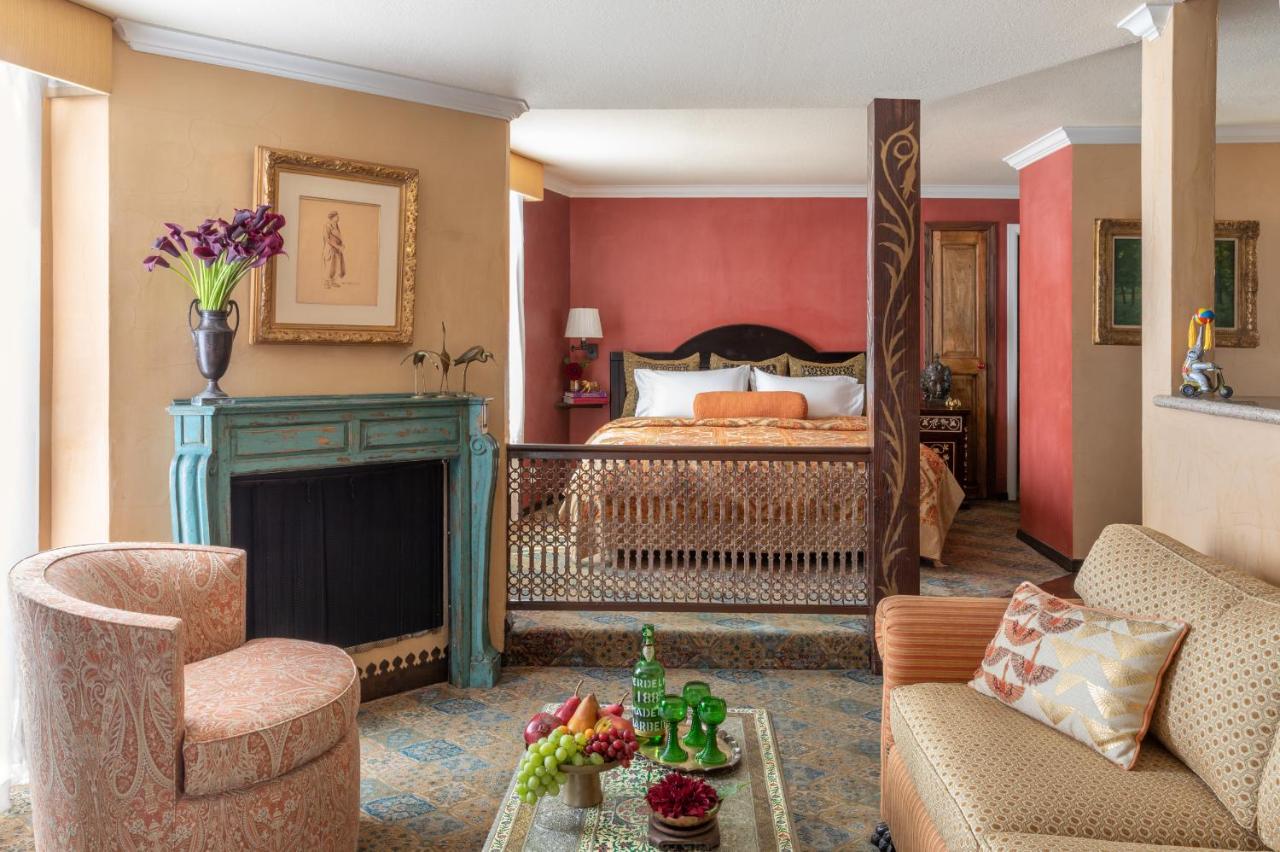 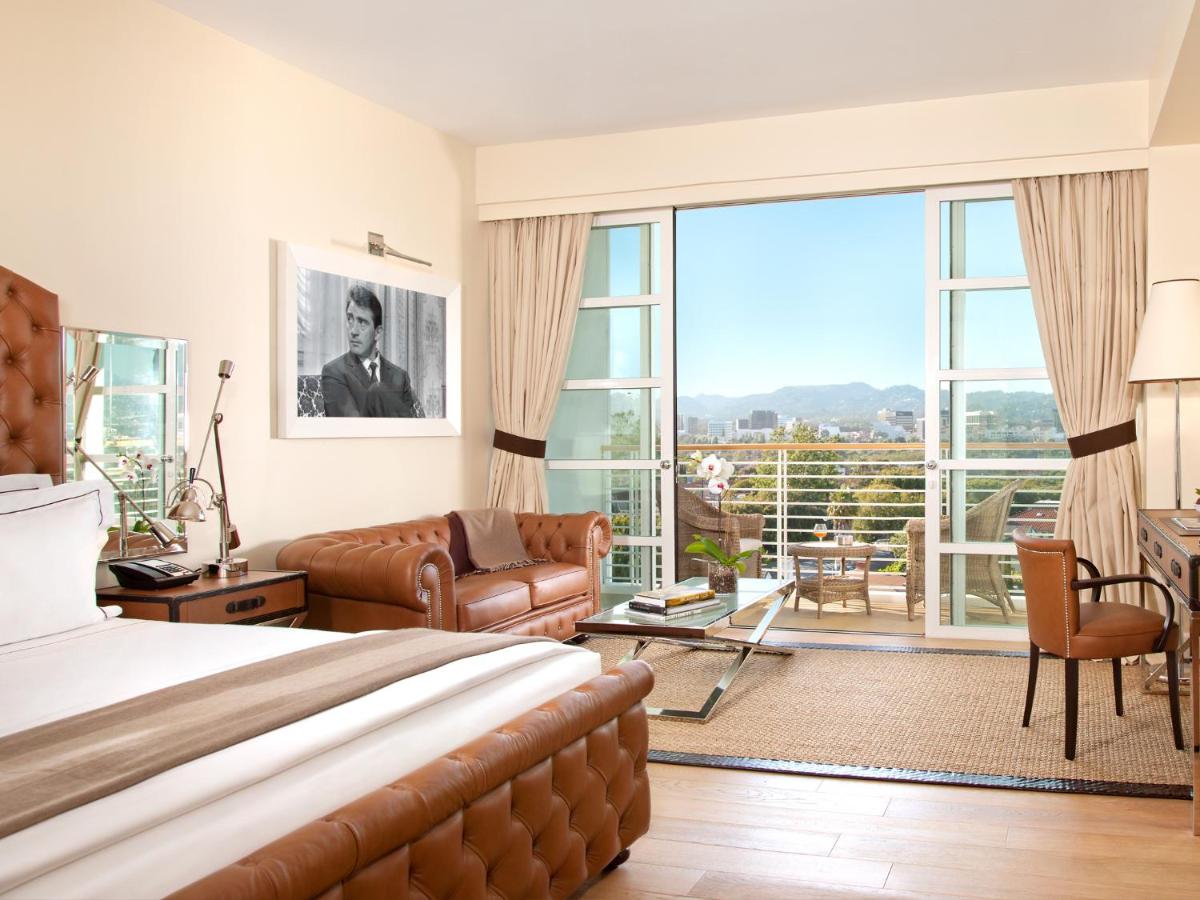 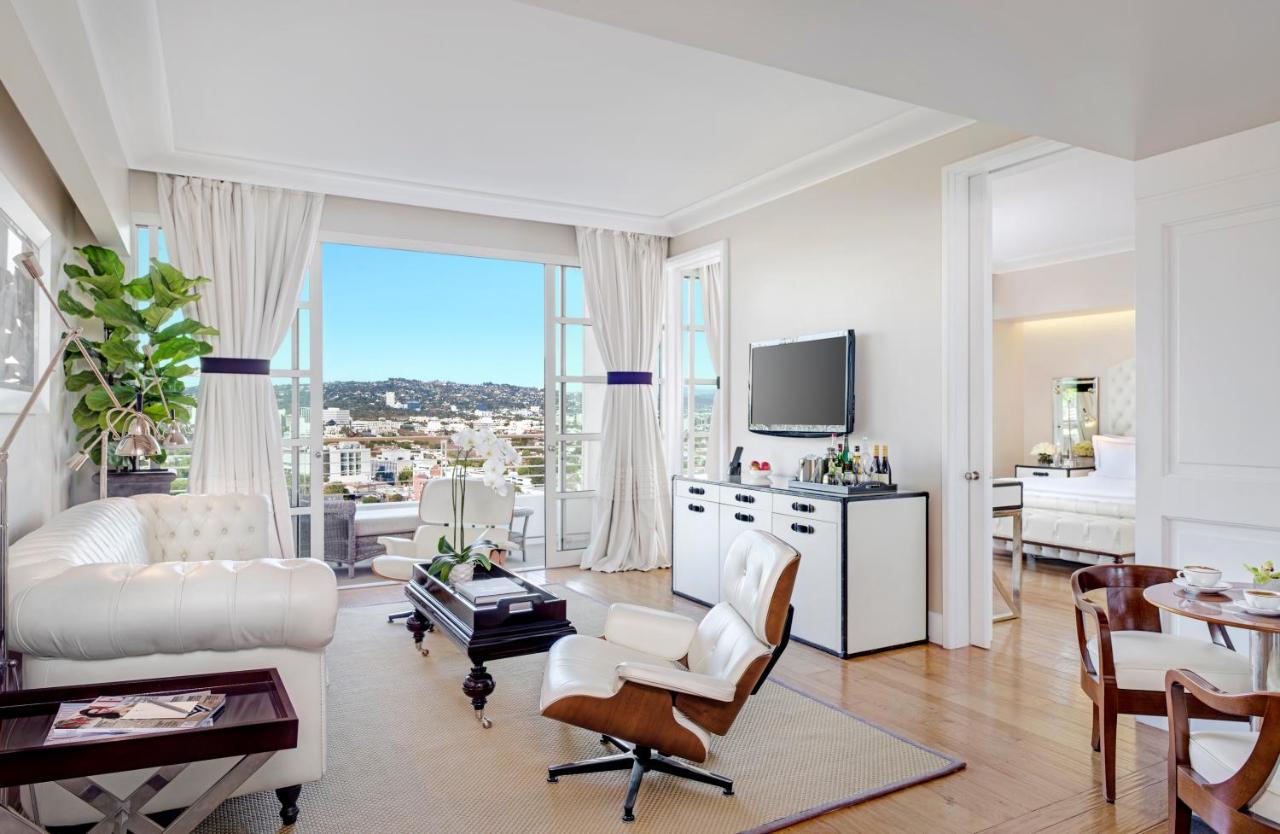 Restored to its 1920’s Spanish Colonial splendor and featuring 268 room and suites, all designed in an Instagram-ready, design driven style, Hotel Figueroa boasts two restaurants and three bars, a breathtaking lobby, beautiful private event spaces, and a relaxing pool area more reminiscent of Palm Springs or Santa Barbara than DTLA. Hotel Figueroa’s historic status as a magnet for creative souls and artists continues with bold and meaningful arts and music programming. Located just across the street from LA Live, the Staples Center and the Los Angeles Convention Center, “the Fig” is in close proximity to the Los Angeles Performing Arts Center, the Museum of Contemporary Art (MOCA), the Broad museum, the DTLA Arts District, and Broadway corridor. 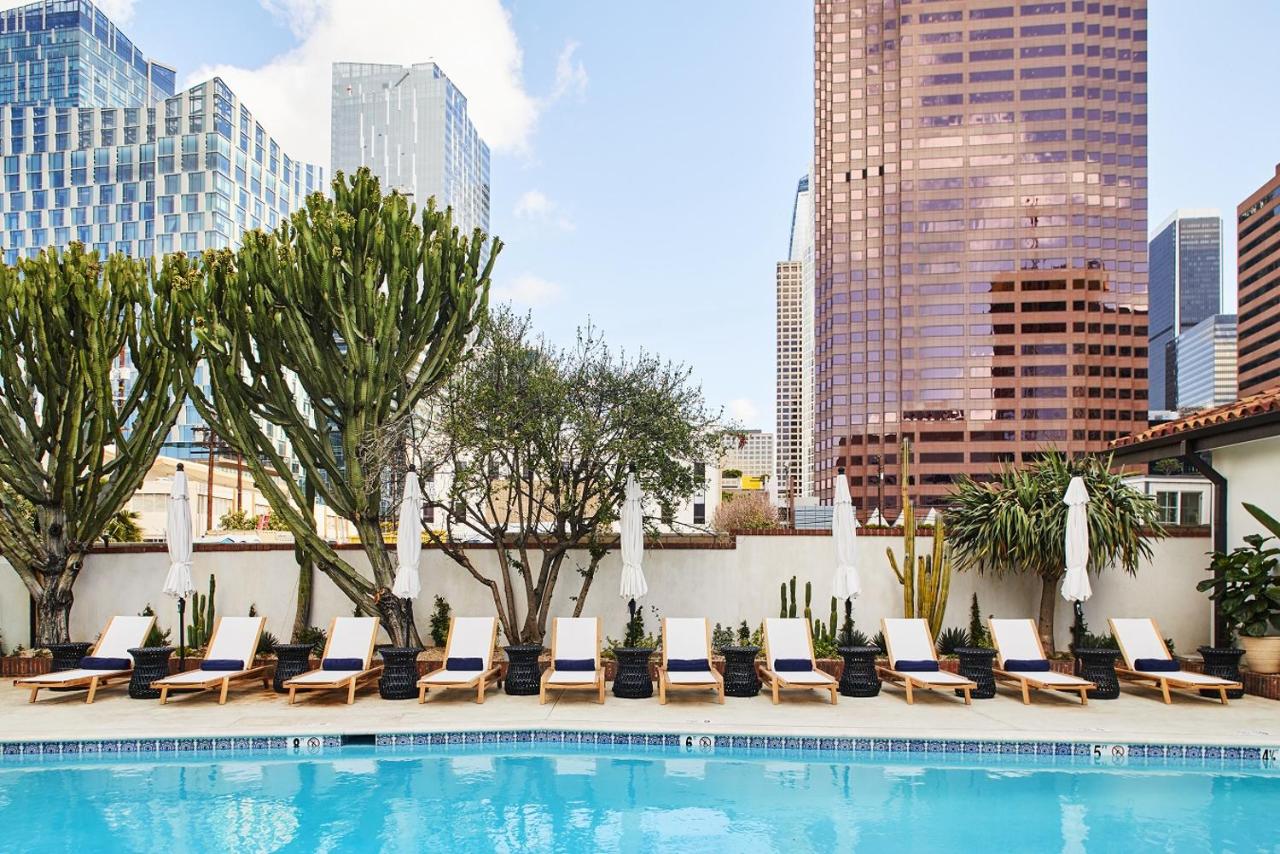 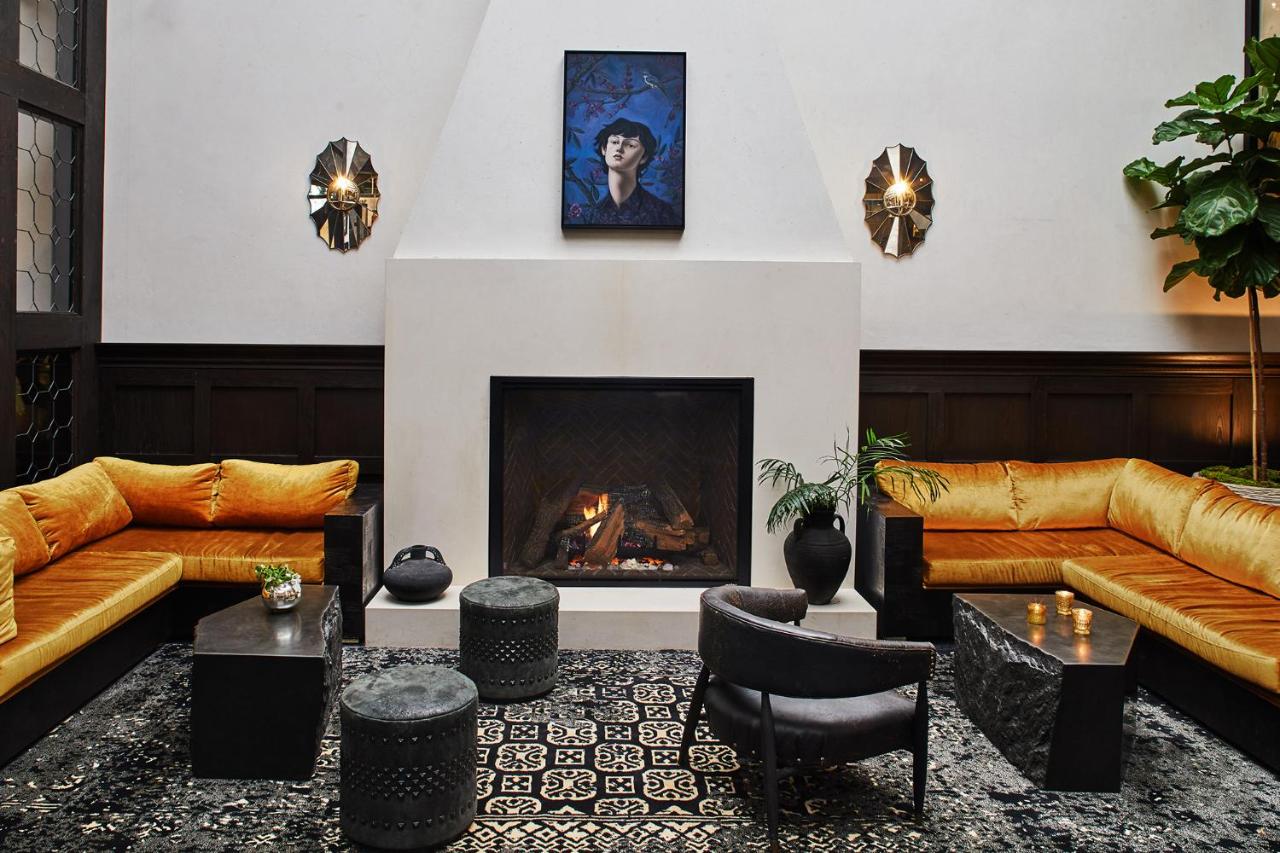 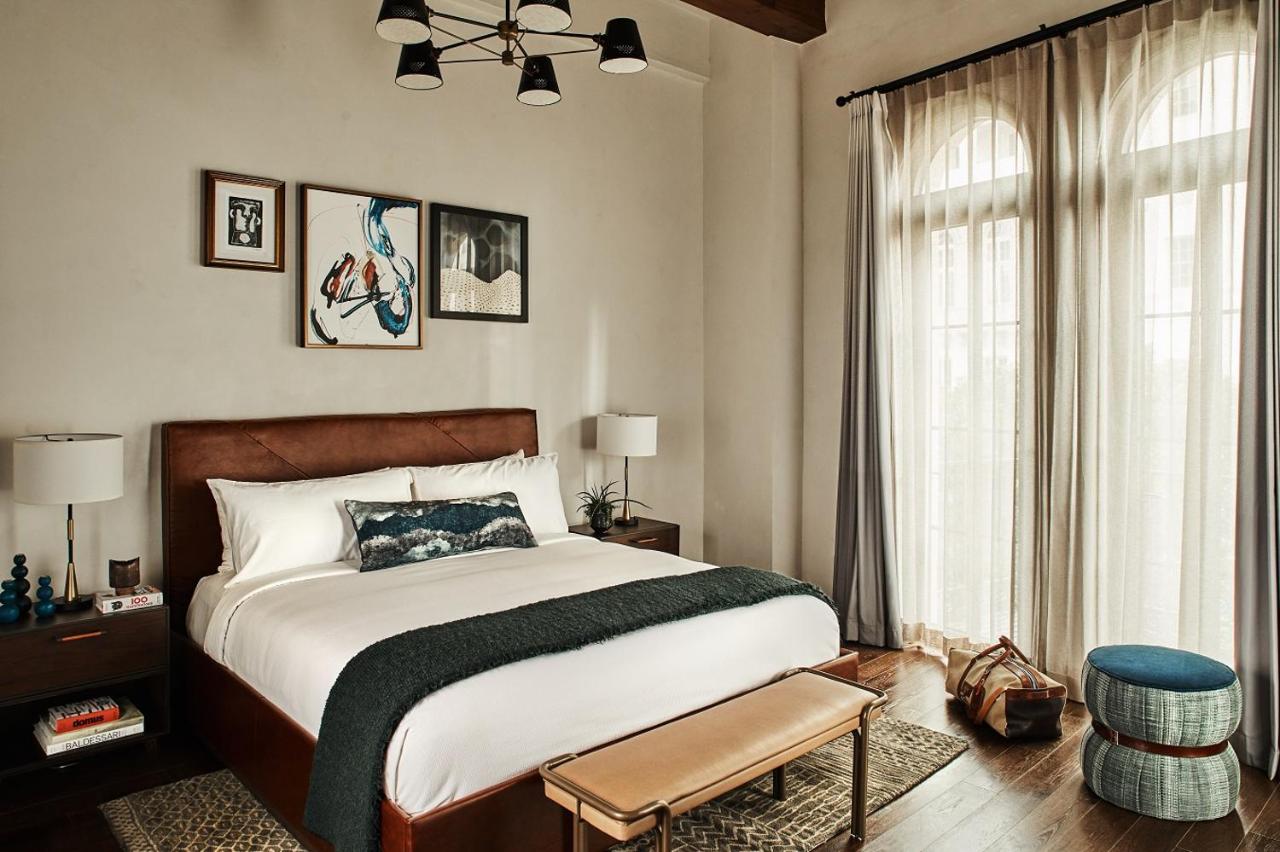 Ace Hotel Downtown Los Angeles opened early 2014 in the historic United Artists building in Downtown LA. Built in 1927 for the maverick film studio, this ornate, storied and vibrant Los Angeles gem stands as a monument to a group of seminal American artists pushing out on their own, and anchors the Broadway Theater District’s modern renaissance. Mary Pickford’s love for the ornate detail and stone spires of Spanish castles and cathedrals is manifest at the theater — a true temple of the arts. The mixture of reverent awe and irreverent independence is right up our alley — this is the kind of project we dream of. 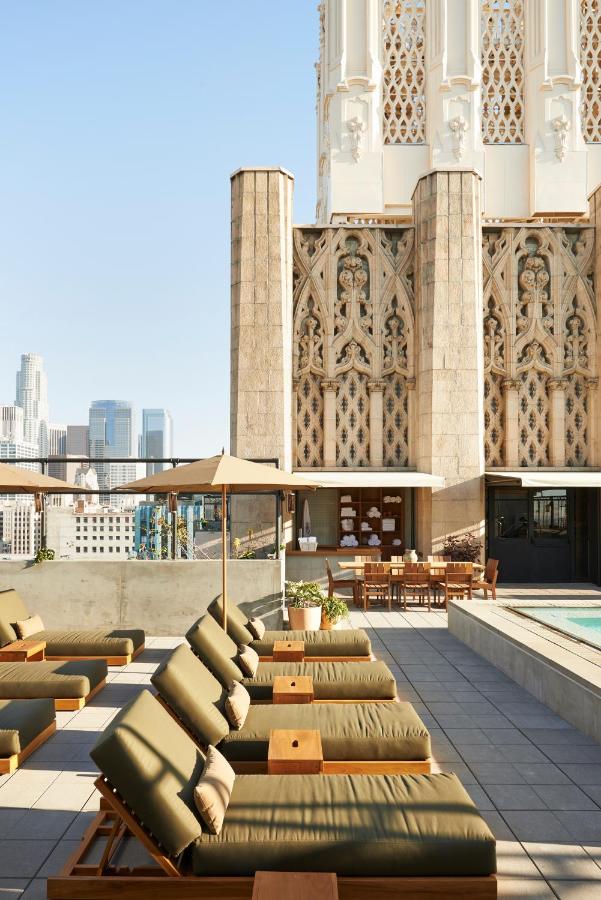 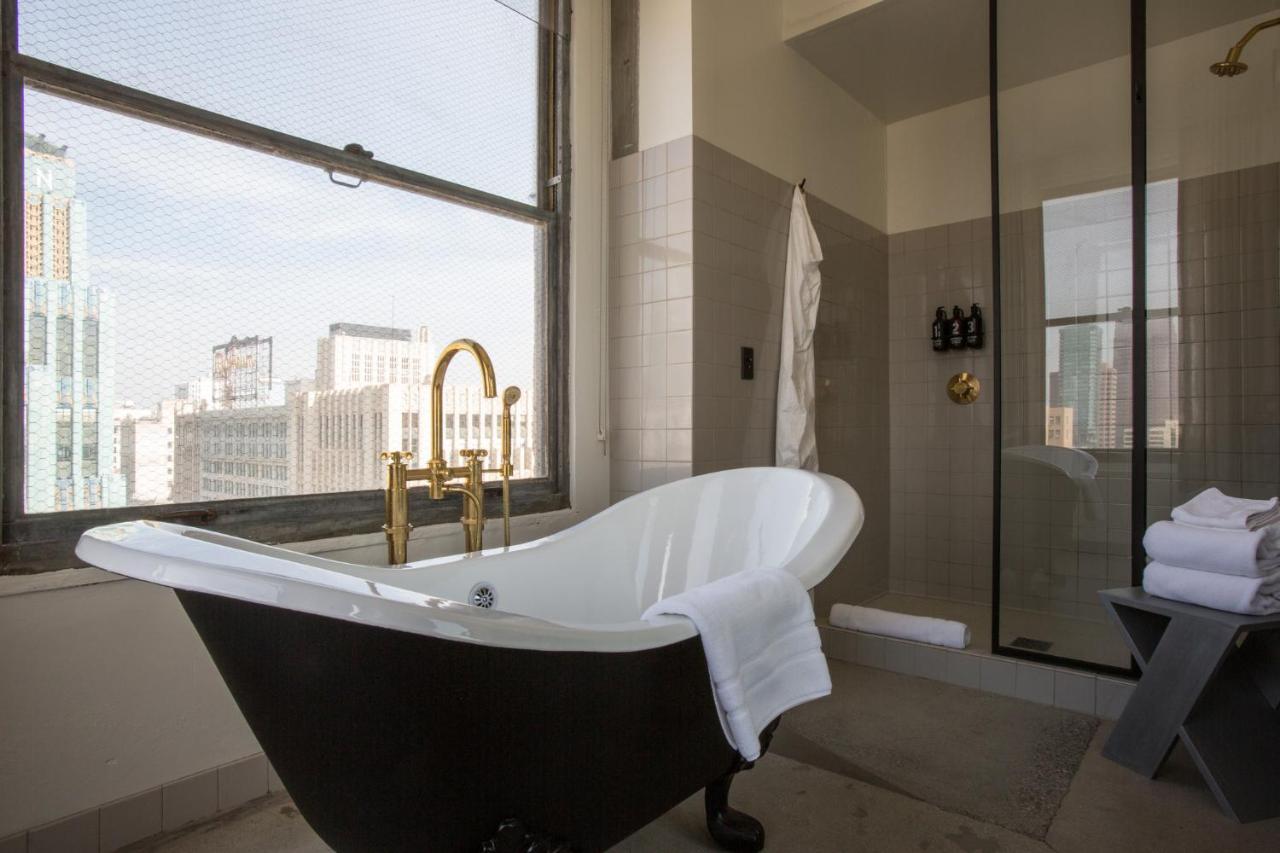 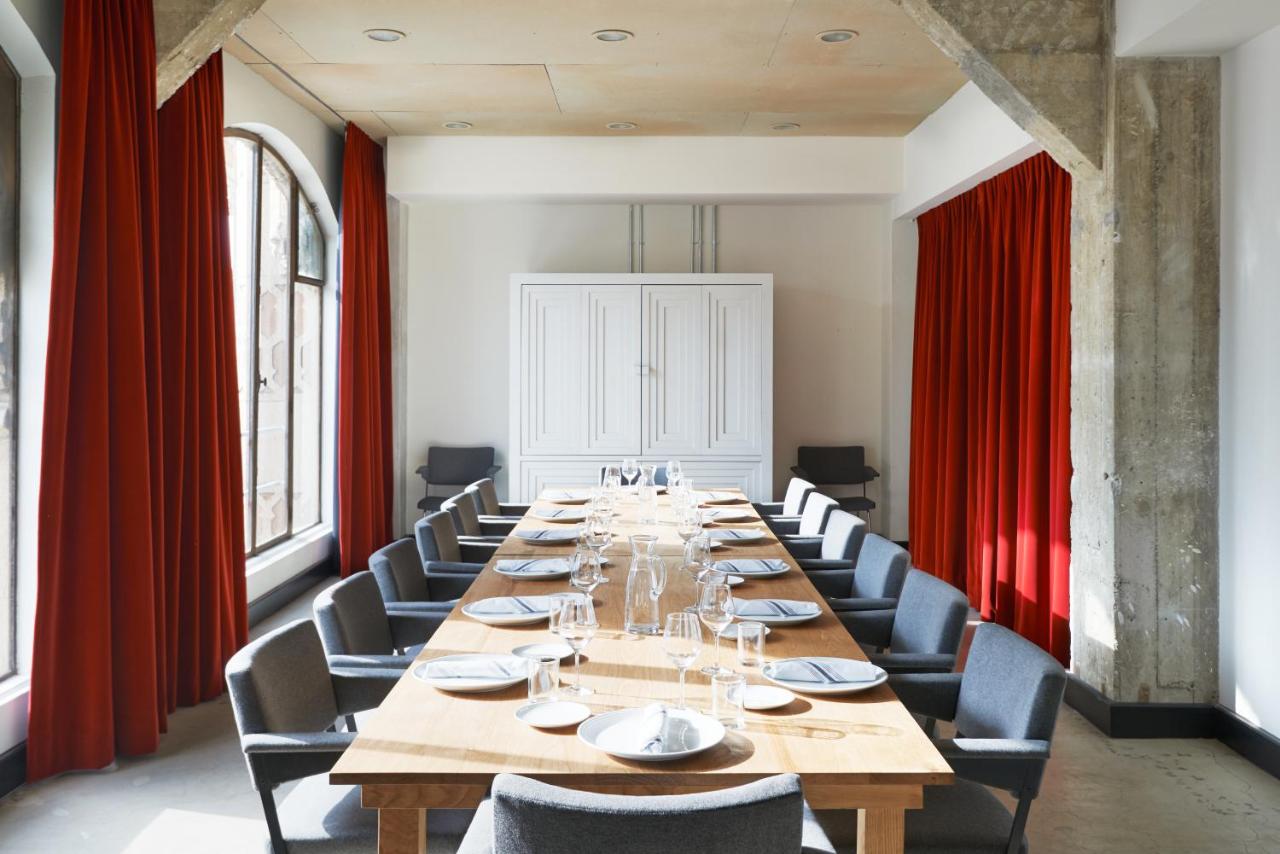 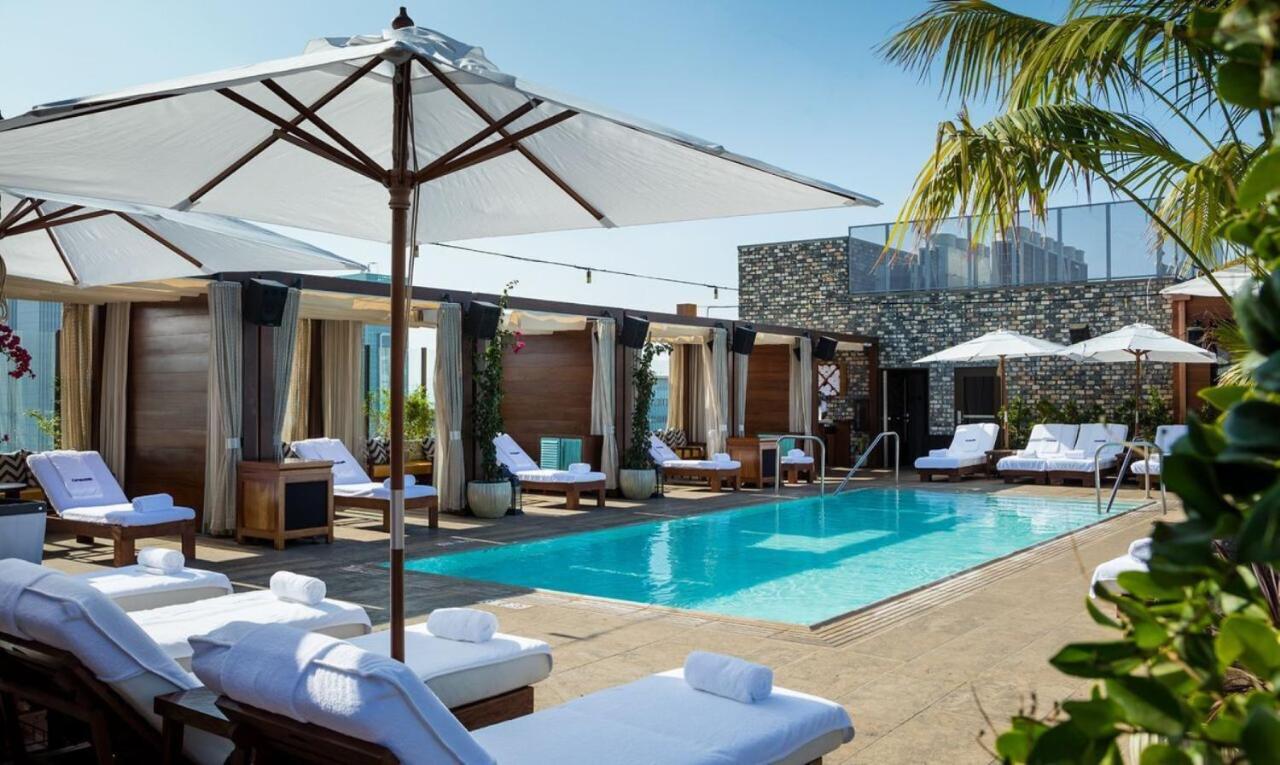 The LINE LA is a second home for both neighbors and travelers seeking a rich experience in one of the most diverse and vibrant neighborhoods in Los Angeles. Tucked between Hollywood and downtown, the LINE is in the heart of Koreatown where decades of Korean, Latino, and American heritage converge. 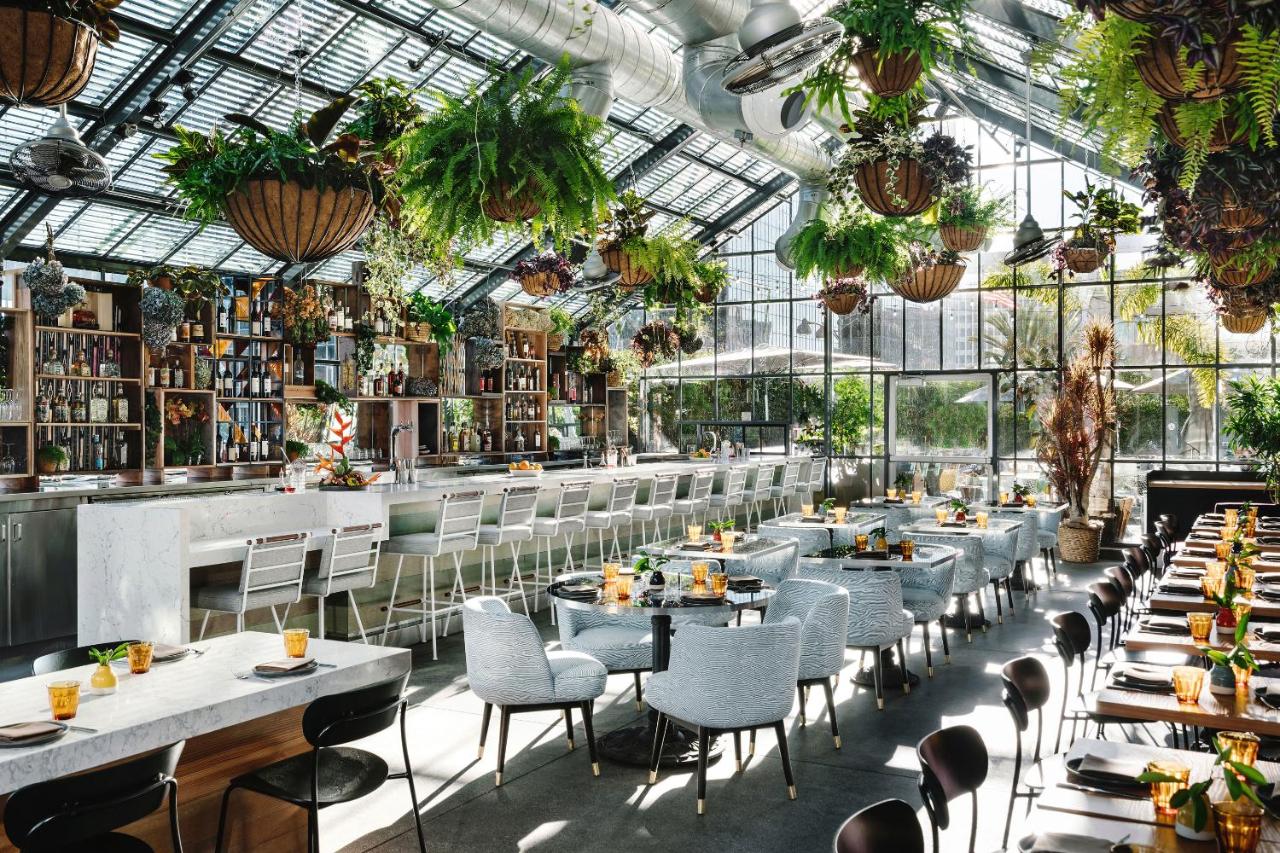 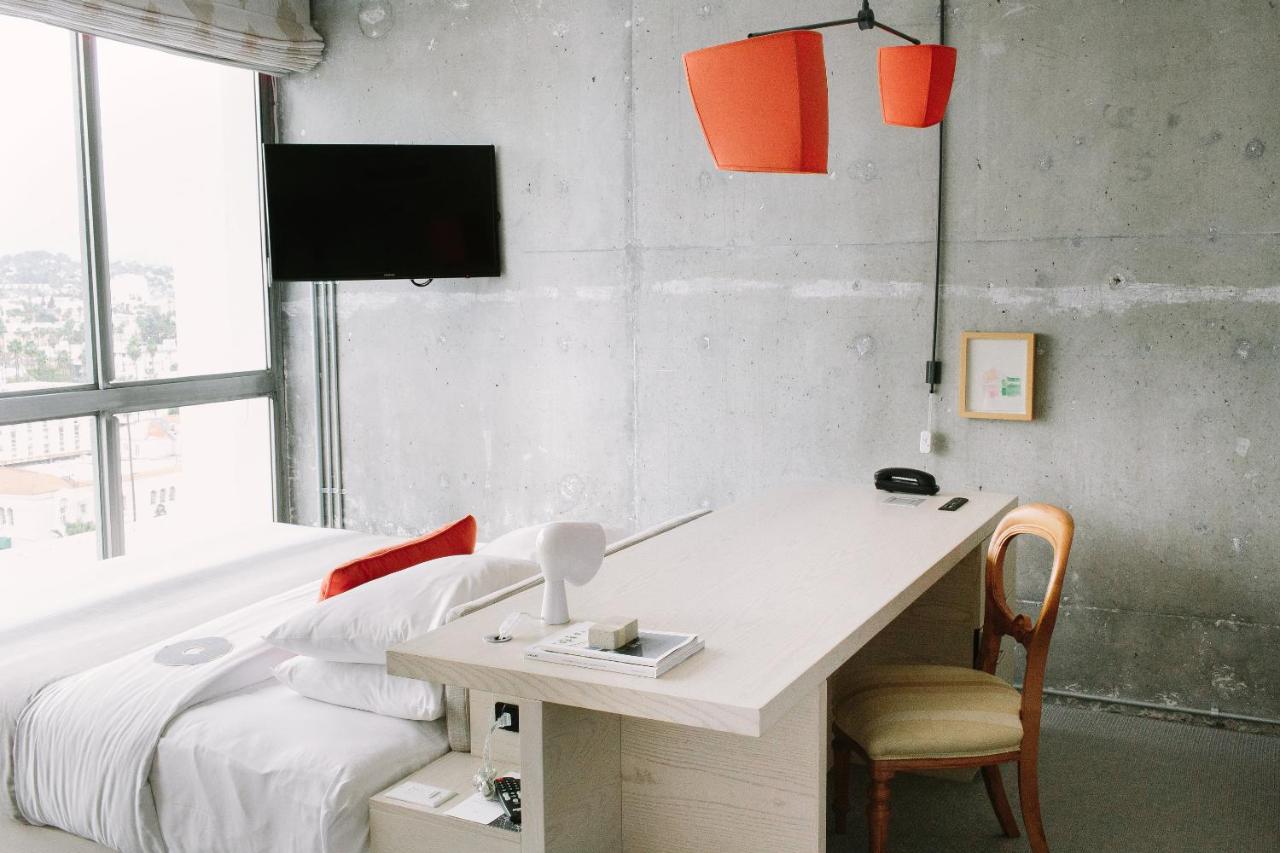 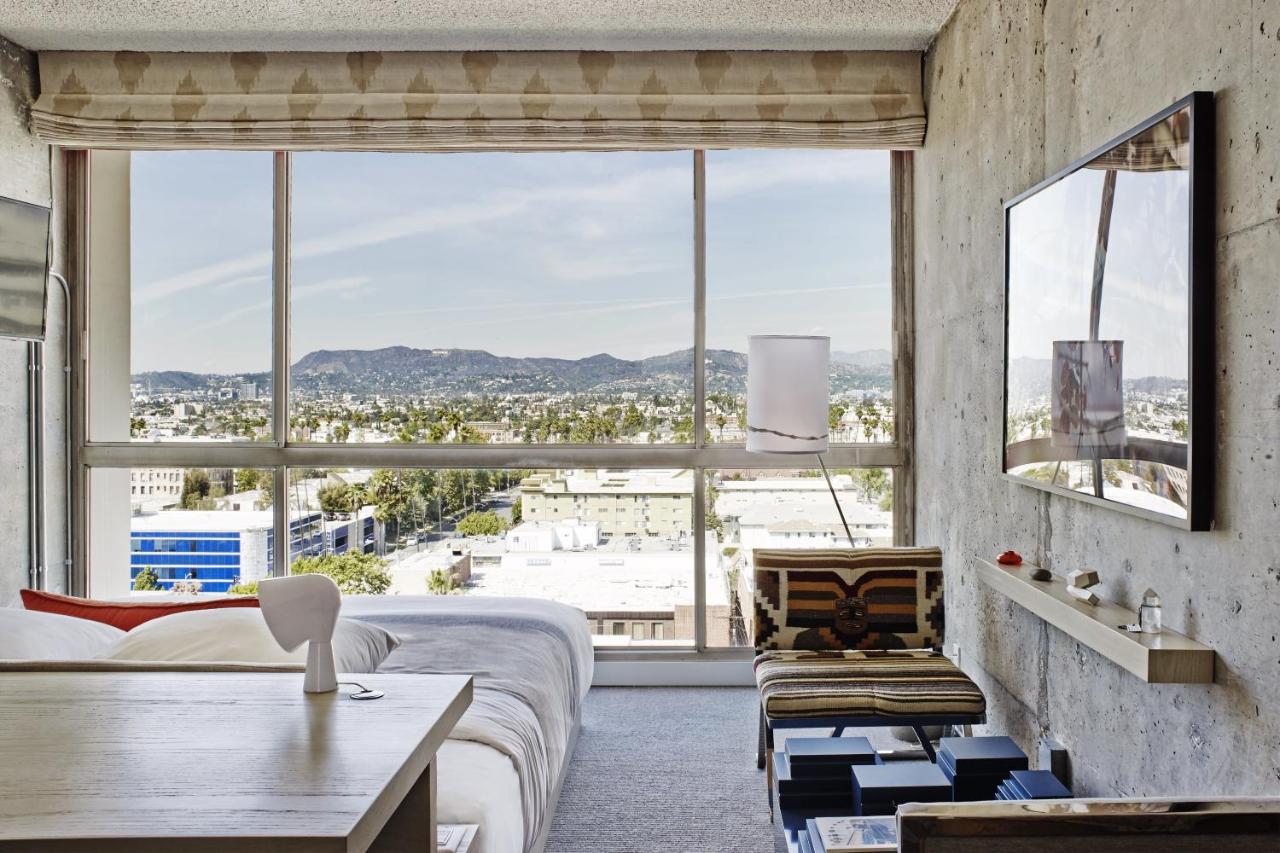 Residing in the landmark Giannini Place, built in the 1920’s as the headquarters of The Bank of Italy at the height of the city’s golden age, NoMad Los Angeles embodies a convergence of old-world glamour and the vibrant and playful spirit of LA.

The Sunset Tower Hotel hotel is located in West Hollywood on the Sunset Strip, 2.5 miles from the Hollywood Walk of Fame. It features a rooftop pool that provides panoramic city views and a full-service spa. Spacious guest rooms offer free WiFi and floor-to-ceiling windows with views. 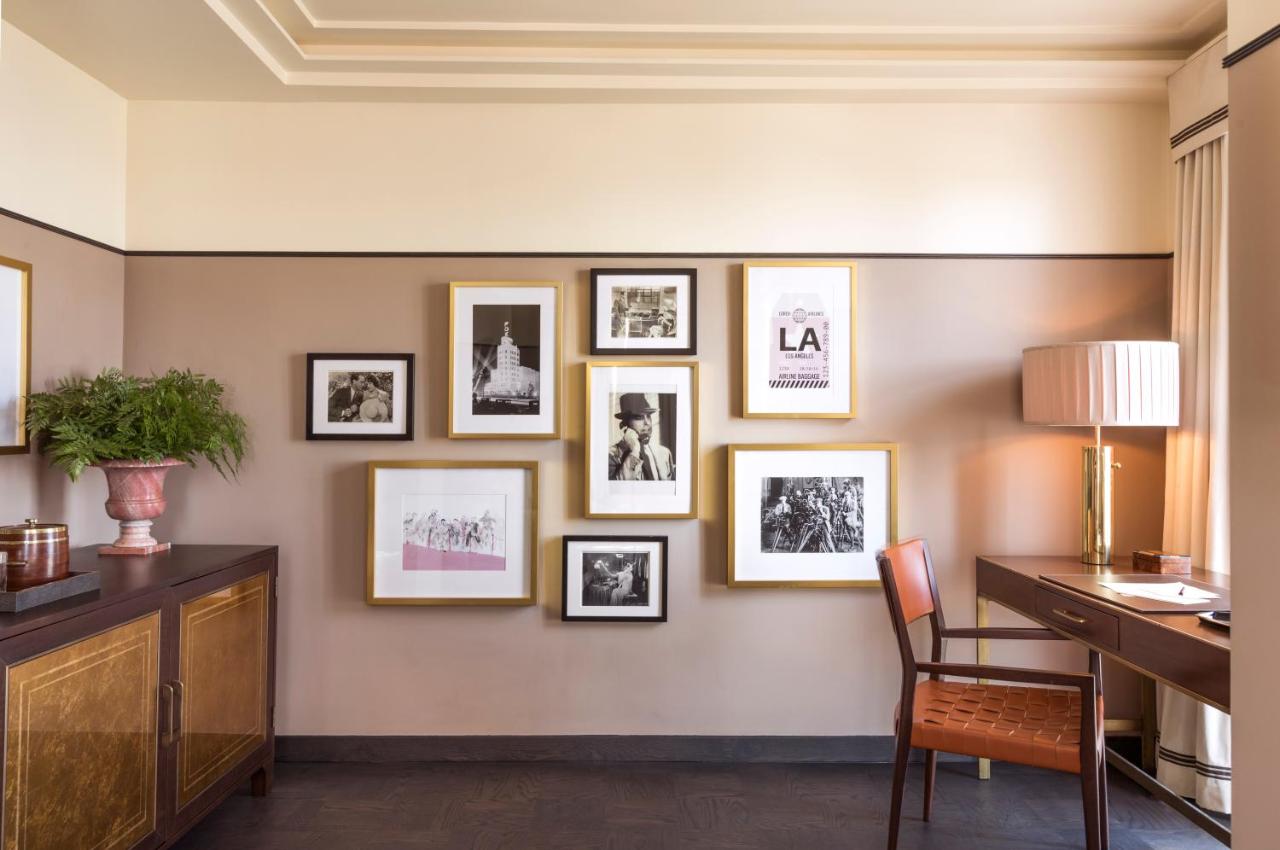 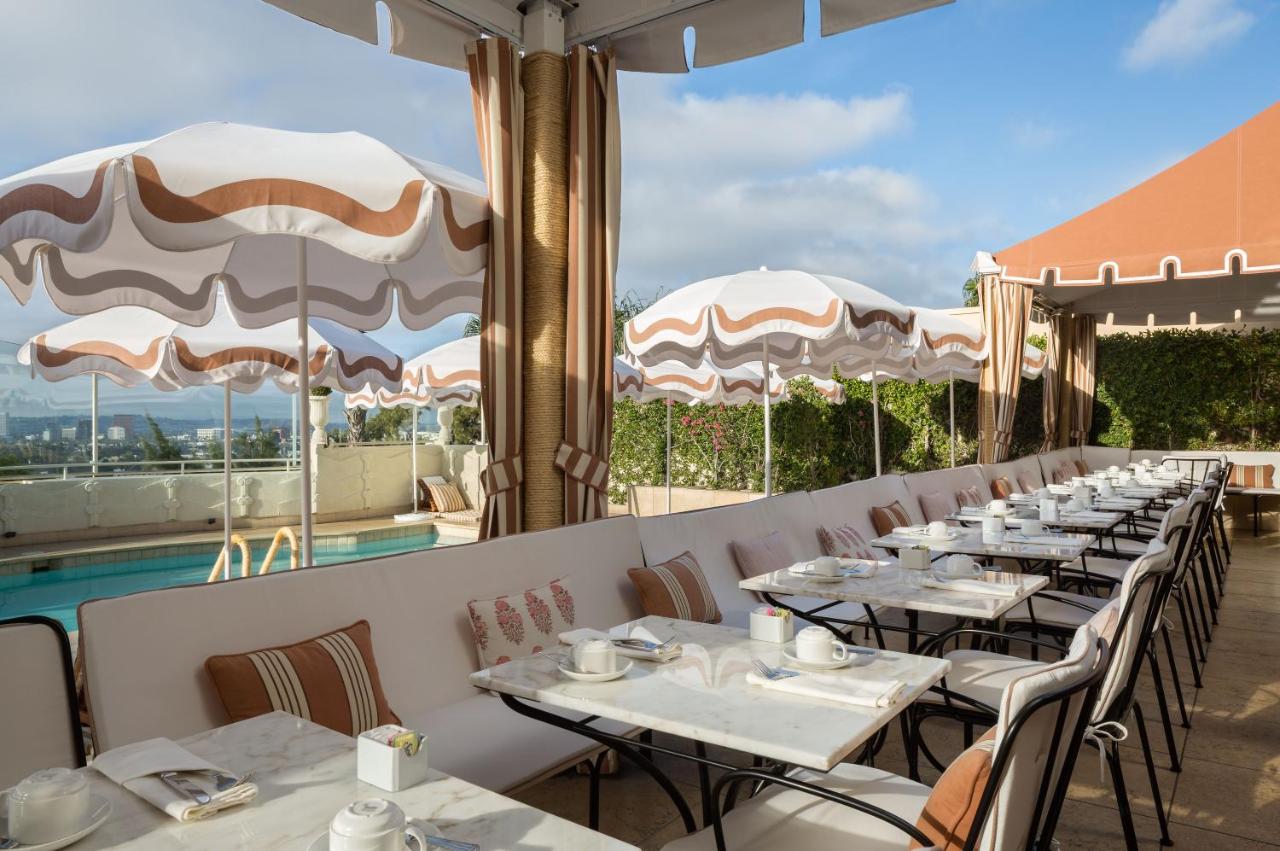 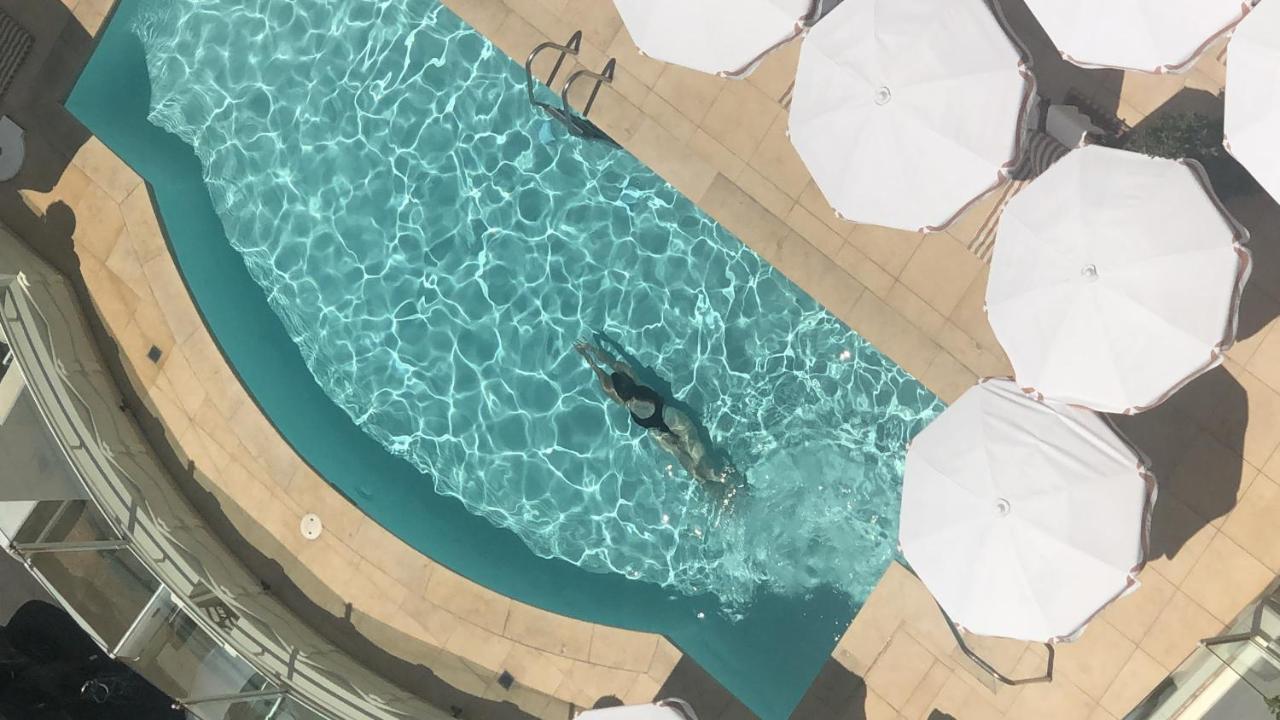 Located steps from the Pacific Ocean, Viceroy Santa Monica is a beloved icon of the LA beach scene for 20 years. Whether you’re lounging poolside or letting your mind drift over a martini, it’s clear: This is the place for slow days and fast company. 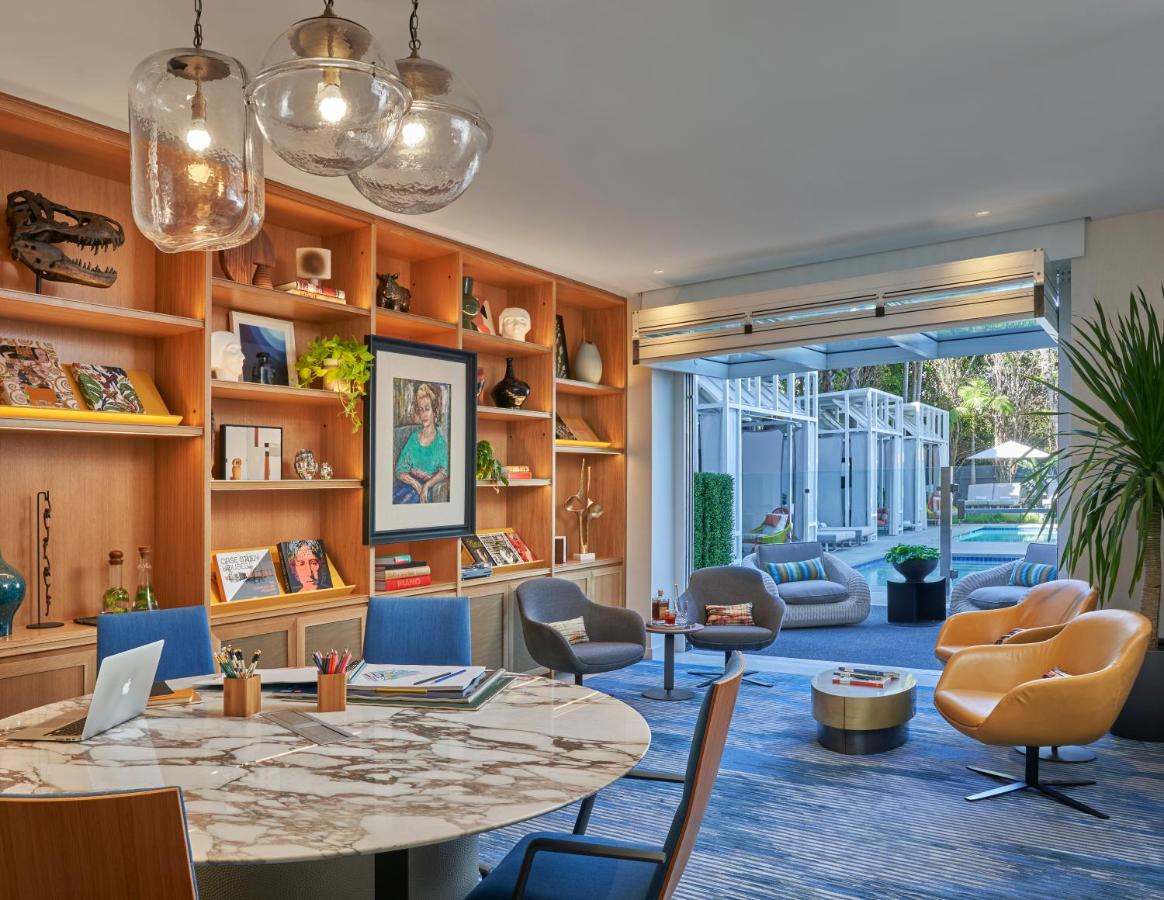 Santa Monica Proper marries the elevated design of Kelly Wearstler with a 1920’s era- landmark building and new contemporary architecture. 271 guest rooms and suites, many with terraces, embody the relaxed sophistication of the California lifestyle, with interiors inspired by the colors and textures of the neighboring coastline. Take in the panoramic views from the only rooftop pool deck in Santa Monica, choose from a trio of dining options, indulge in a treatment in the first-ever Surya Ayurvedic Hotel Spa, or take advantage of over 24,000 square feet of high-design meeting and event spaces. For the first luxury urban resort to open in Santa Monica in over a decade, anything less just wouldn’t be Proper. 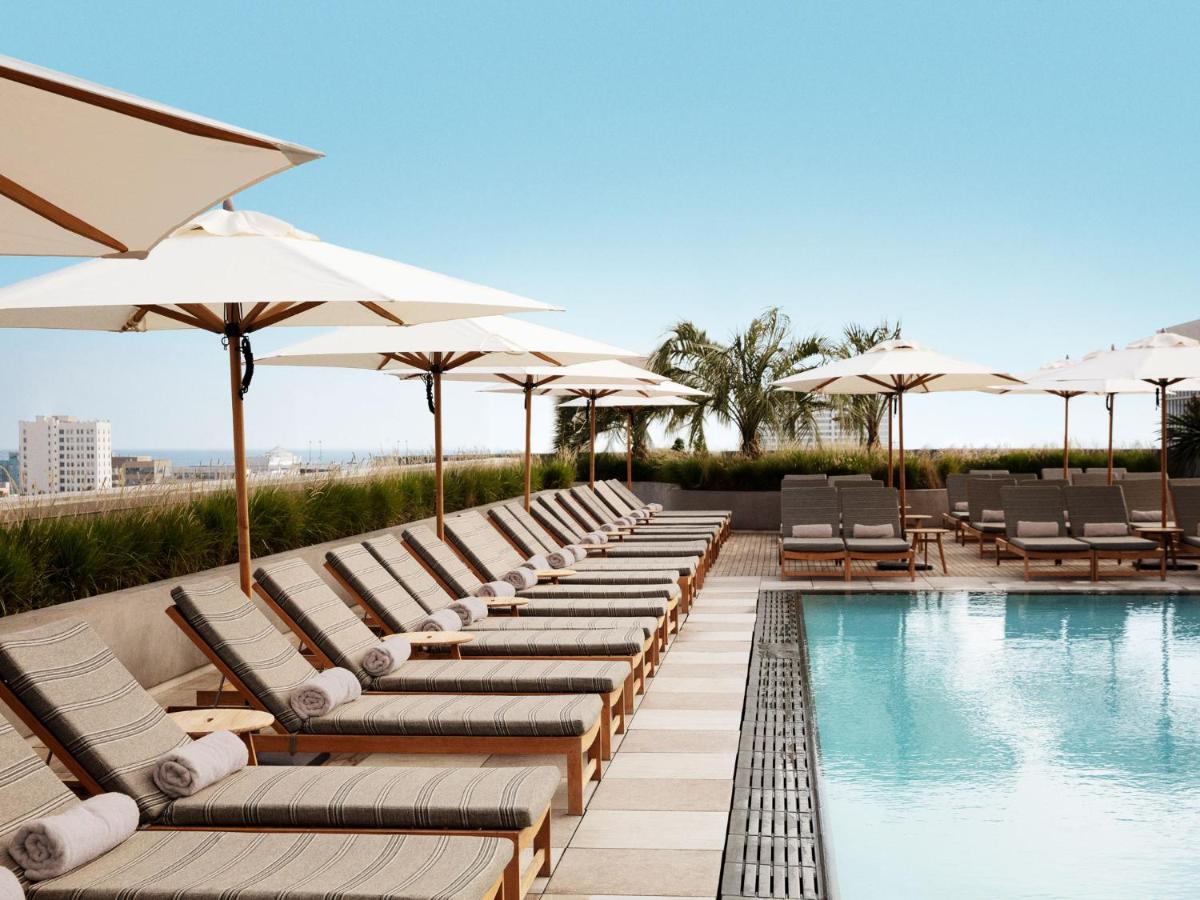 Hotel 850 SVB is a home-from-home hideaway with a rooftop terrace and rooms you won’t want to leave, even though the bright lights of West Hollywood are right outside. It’s owned by Jeff Klein, so you’re in good hands – his other hotel is the iconic Sunset Tower. 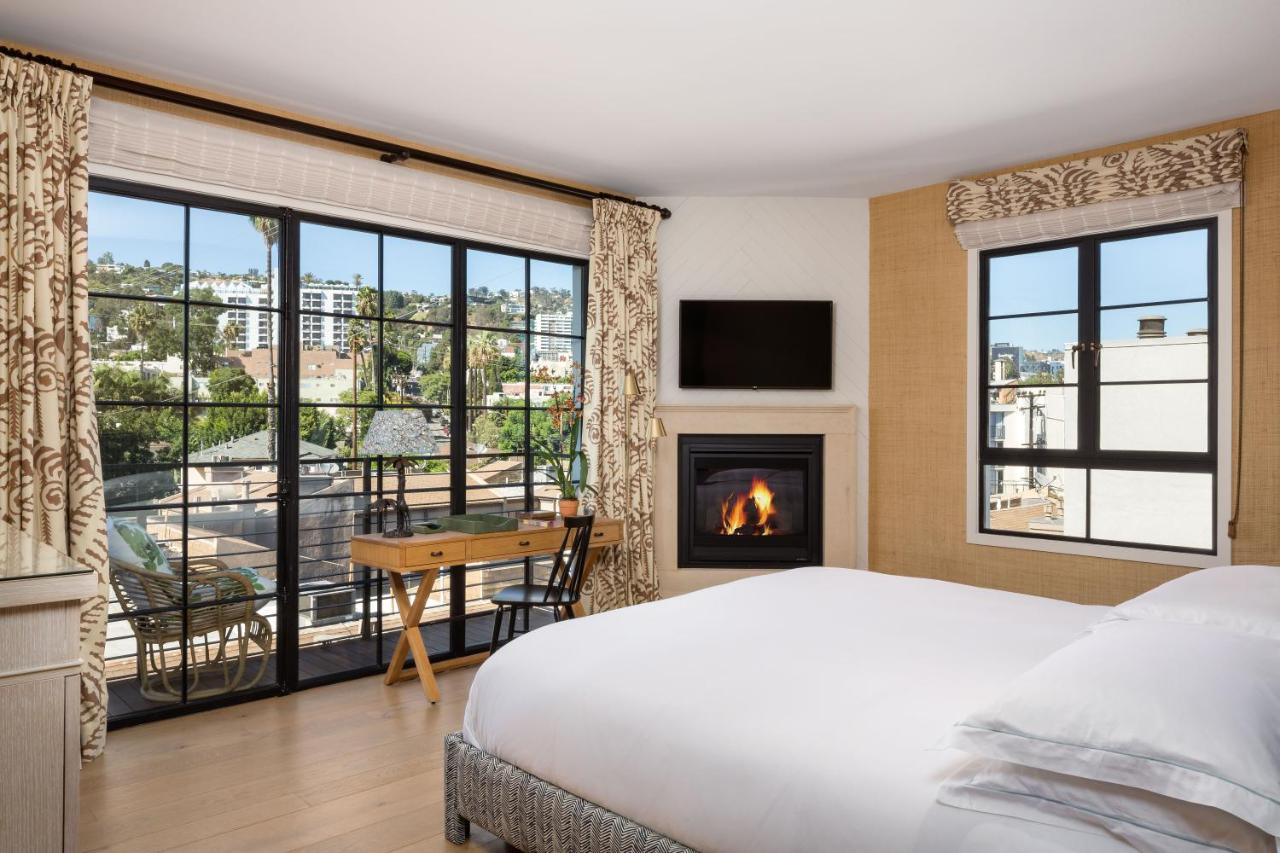 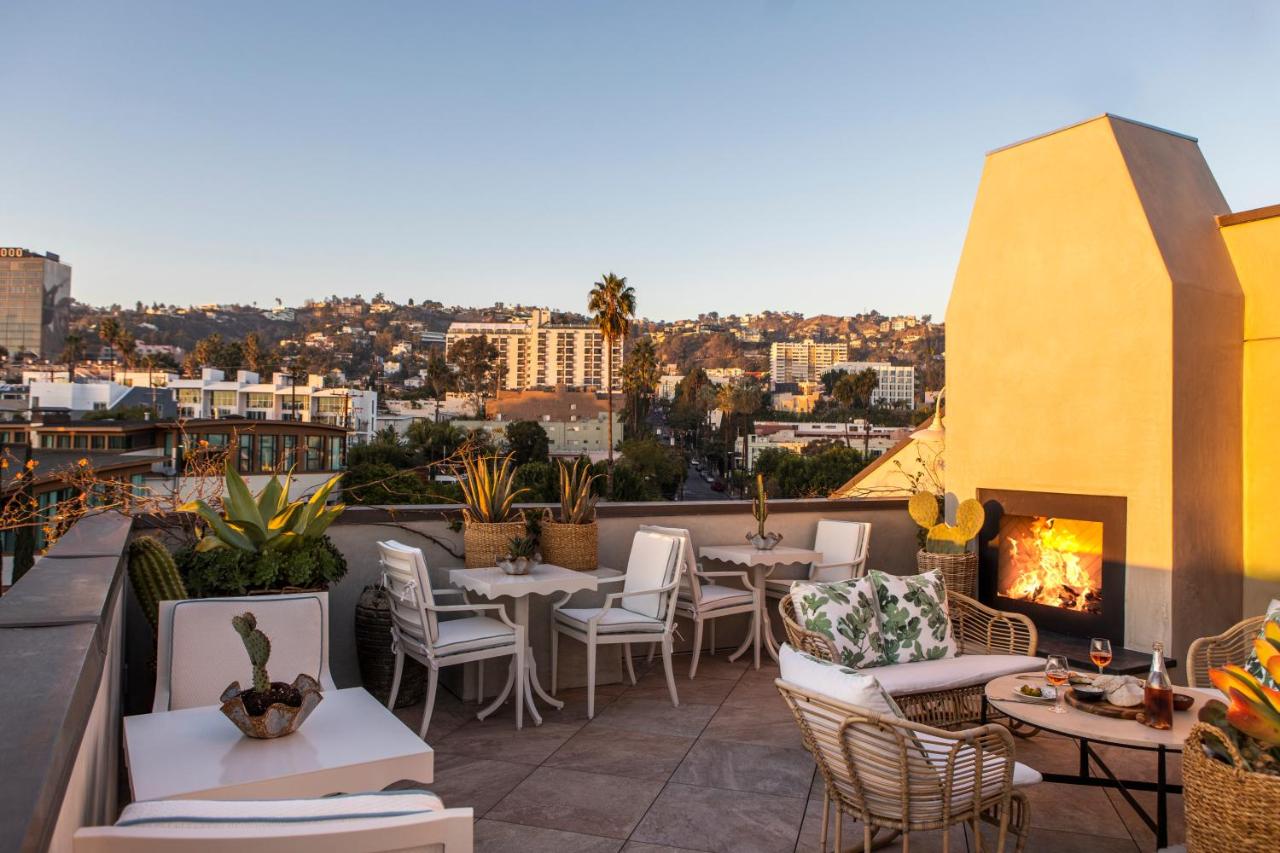 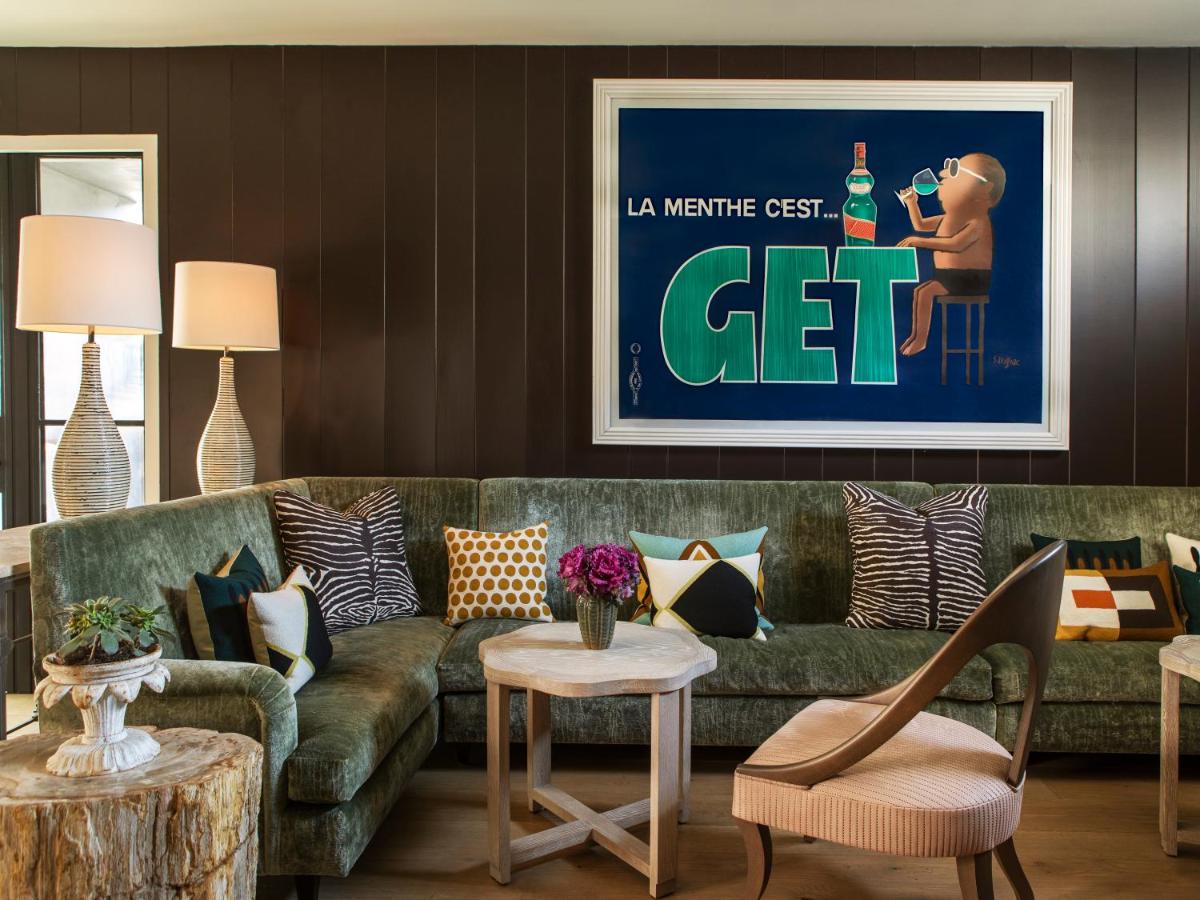 Silver Lake Pool & Inn sits on a corner just south of the Sunset Junction in the heart of Silver Lake, one of the most exciting neighborhoods in all of Los Angeles, and one that we love. We are proudly surrounded by people that have created a community supported by the community. We are a short stroll from some of the best restaurants in the city and an active art and music scene with indie shops, galleries and cafés filled with locals who inspire and influence the neighborhood’s one-of-a-kind culture. Our Inn features an elevated pool deck, 54 oversized guest rooms and suites as well as Marco Polo, a coastal Italian inspired outdoor restaurant and bar. 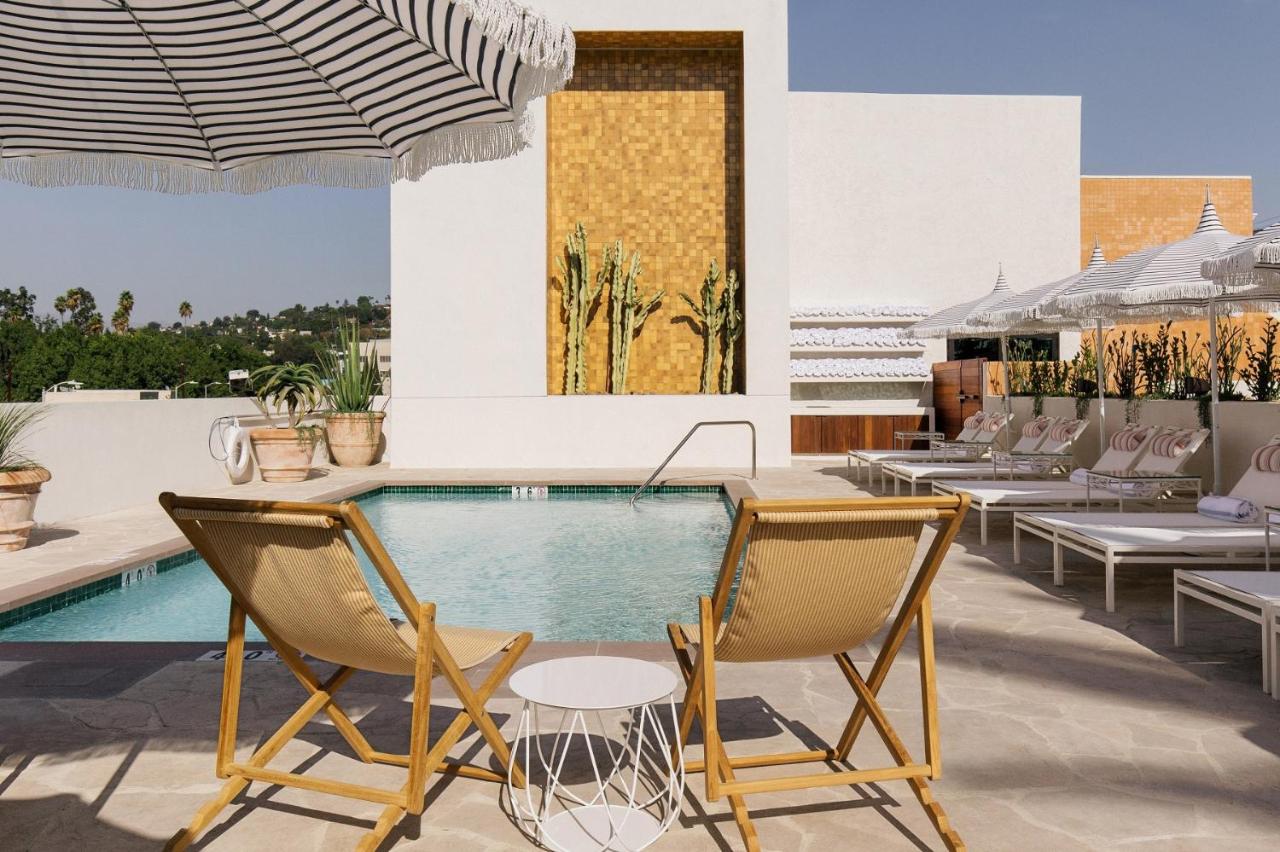 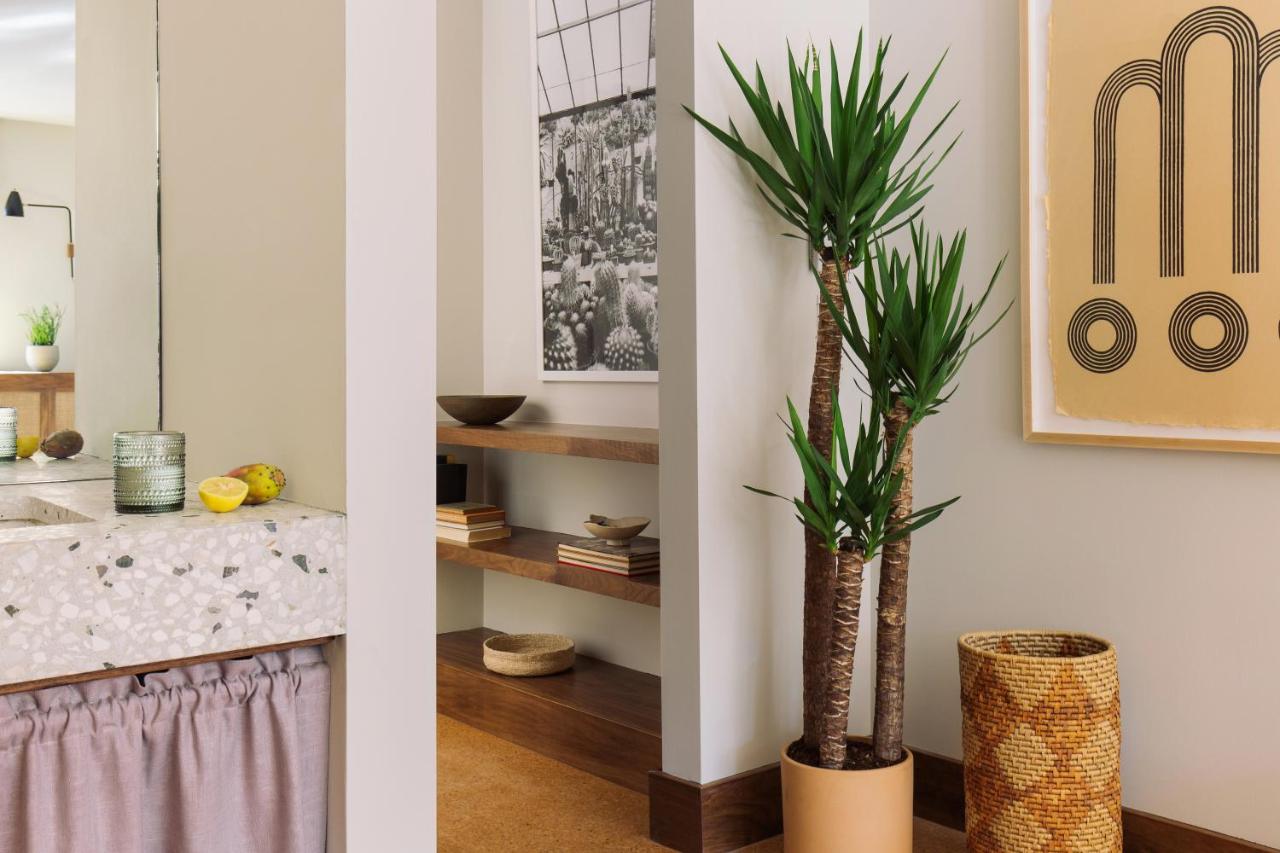 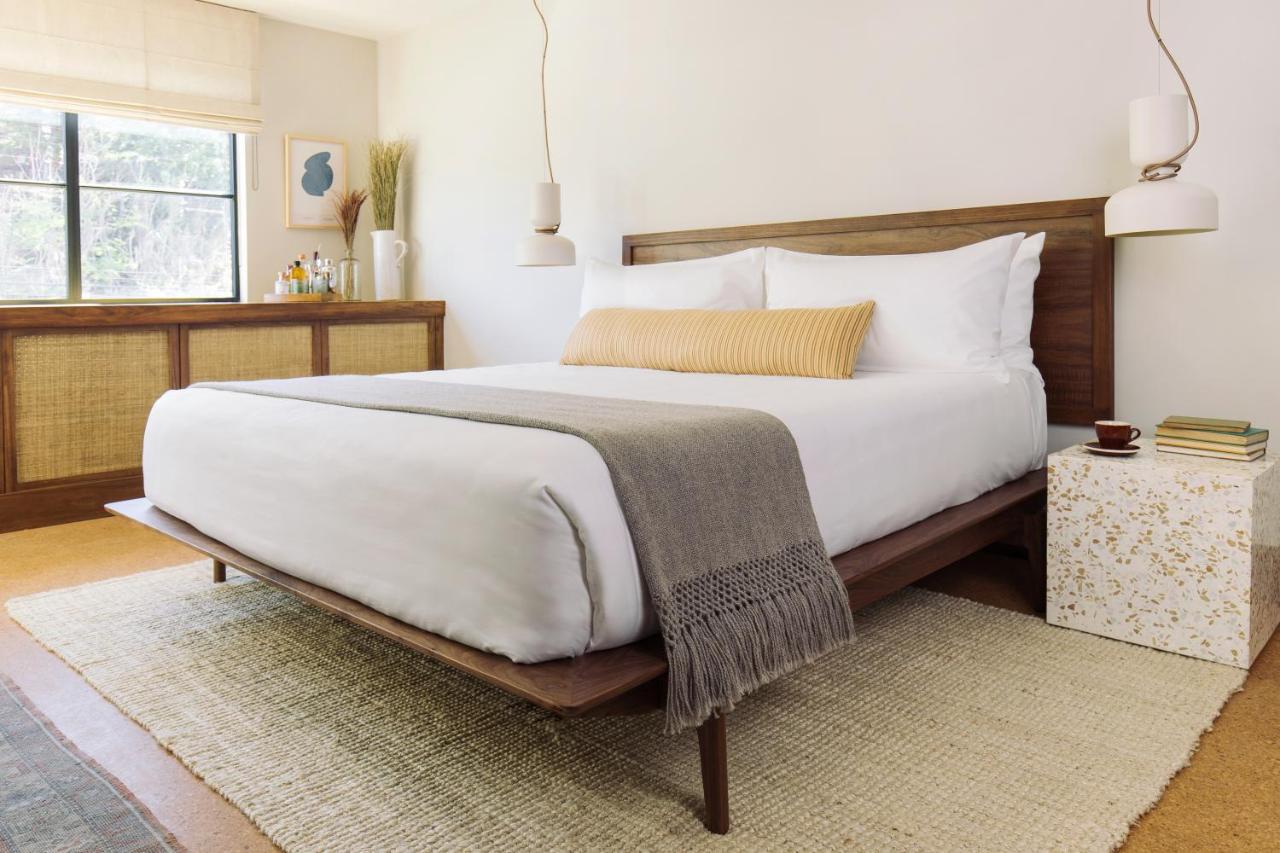 The 10 Best Luxurious Hotels in Marrakech

The 10 Most Sustainable Eco-Lodges in South America

The 10 Most Sustainable Hotels in Los Angeles

The 12 Most Sustainable Hotels in South-East Asia